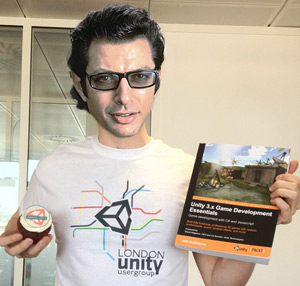 Malmö, Sweden – May 21, 2013 – Unity Technologies, provider of the Unity multi-platform engine and development tools, is pushing the democratization of game development further than ever before by making its basic mobile tools completely free to independent developers and small studios. Starting today, Unity’s gigantic indie developer community can publish their games and apps to iOS and Android in the build menu. Publishing options for additional supported mobile platforms, such as BlackBerry and Windows Phone 8, will be included at no additional cost once they are released.

Unity, the most adopted game engine, holds a central place in the videogame industry for driving the explosive growth in independent studios. By making basic add-ons tools completely free that previously cost $800, Unity is widening the path for developers looking to take steps towards creative and fiscal freedom. Individual developers and small studios using the free version of Unity can commercialize their games without buying licenses or sharing their revenues with Unity.

“We were able to make Unity free for the web and for desktop computers a while ago, but have been dreaming of doing the same for mobile for what seems like forever,” said David Helgason, CEO, Unity Technologies. “Mobile games development is possibly the most dynamic and exciting industry in the world, and it’s an honor to be able to help so many developers be so successful in fulfilling their visions and in building their businesses.”
With a high-powered engine rendering the most visually stunning mobile games, a deep and intuitive editor for fast-paced development, and ability to deploy across a multitude of mobile platforms, Unity has become the number one development tool for game developers.
In 2012, Game Developer Magazine conducted a survey that found 53% of mobile developers were using Unity and Apple named 17 Unity-authored mobile titles to their “Best of” awards including The Room which was named Game of the Year on iPad.

About Unity Technologies
Unity Technologies is the creator of Unity, a flexible and high-performance development platform used to make creative and intelligent interactive 3D and 2D experiences. The “author once, deploy everywhere” capability ensures developers can publish to all of the most popular platforms. Unity Technologies boasts a thriving community of over 1.8 million developers including large publishers, indie studios, students and hobbyists. To remain at the forefront of innovation, Unity Technologies tirelessly re-invests in its award-winning 3D development tools and its democratization initiatives, such as the Asset Store digital content marketplace and Union game distribution service. Unity Technologies is headquartered in San Francisco and has offices in Canada, China, Colombia, Denmark, Finland, Germany, Japan, Korea, Lithuania, Singapore, Sweden, Ukraine, and the United Kingdom. For more information, visit: http://unity3d.com.

“Your iOS Distribution will expire in 30 days” iOS憑證相關問題解決方式

Shoot N’ Match is now on iOS and Android !!

填寫送審資料時，一直出現這個”Leaderboard isn’t part of any lead […]

“Your iOS Distribution will expire in 30 days” iOS憑證相關問題解決方式